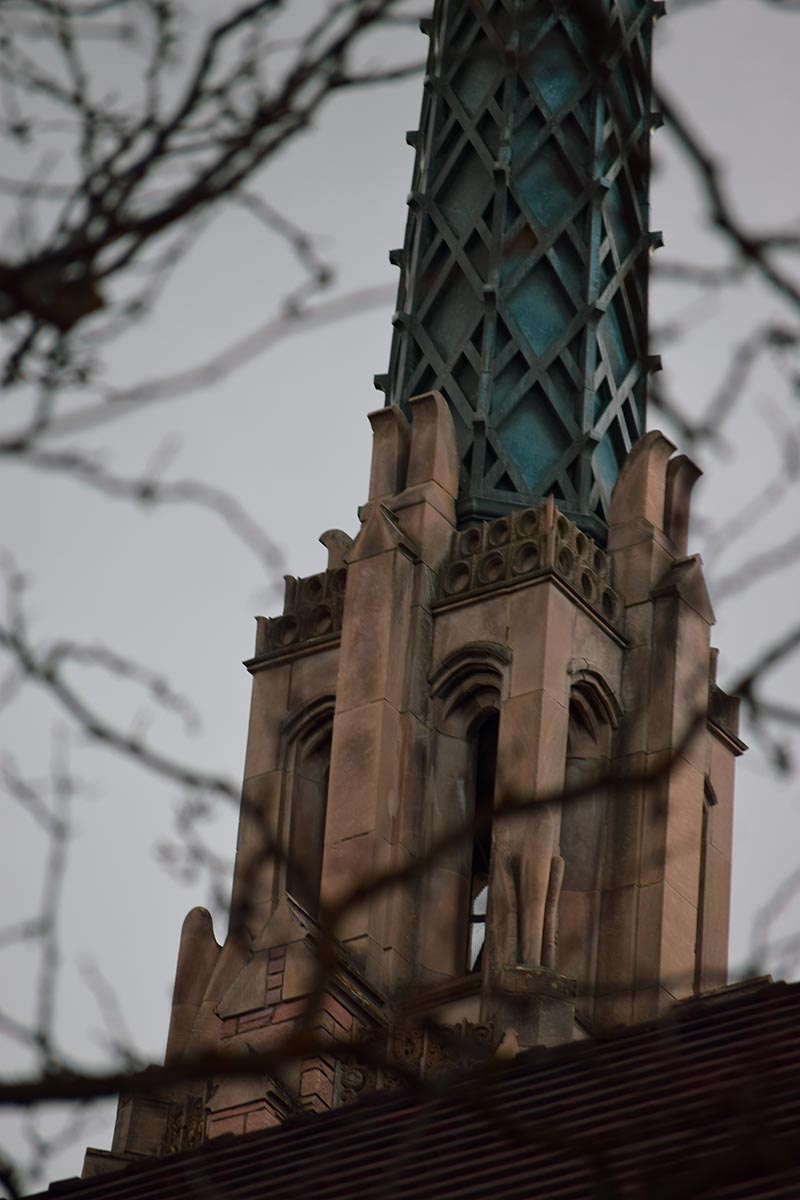 An alarming number of conversations are currently being held about the degree to which religious individuals or those previously engaged with a religious sect have been experiencing significant mental and emotional distress as a result of their faith practices.

An article written by Dr. Marlene Winell for the British Association for Behavioral and Cognitive Therapies has named this experience as Religious Trauma Syndrome or RTS for short. Although this disorder does not yet have a basis in the Diagnostic and Statistical Manual of Mental Disorders currently used by psychologists, many have begun to voice their experience with vague similarities to the symptoms of those suffering from Post-Traumatic Stress Disorder (PTSD).

Dr. Winell notes that Religious Trauma Syndrome is often manifested as one begins to transition out of a faith-based community. This might take on multiple forms. It could occur when a person leaves one church for another, converts to a different faith, or walks away from religious life altogether.

Lilly Crolius, a senior at Boise State University majoring in Public Relations and host of the space-themed web series Finding Beyond, has an interest in the topic of Religious Trauma Syndrome from both the perspective of someone interested in the psychology behind it, as well as someone who has experienced the harm of it for herself.

Baptized in the Lutheran church, Crolius has been considering converting to the Catholic faith that she has been introduced to through her long-term boyfriend, Noah Rudin. In considering this life-altering decision for herself and her future family, she has been struck with a surprising amount of guilt and anxiety over merely considering leaving the denomination she was brought up in.

“The thought of converting excites me, but I also feel a huge amount of guilt. I feel guilty because I haven’t given Lutheranism a chance. While Lutheranism is the closest to Catholicism without actually being Catholic, I’m afraid for my soul,” explained Crolius. “The Catholic church was the church Jesus made, but what if I was born into a Lutheran family and baptized Lutheran for a reason? Am I betraying my, for a lack of a better word, destiny? What if I convert and then later on after I’ve passed I find out that I should’ve stayed Lutheran?”

It is the fear for one’s soul that Crolius expressed which is causing a great deal of psychological damage to individuals, which sometimes manifests in physical symptoms as PTSD often does.

“I’m sure that the nondenominational church I went to, or a Baptist, or an Evangelical, or Mormon church would treat those who have converted away with disgust. I’m sure this plays into religious trauma. These people are getting cut off from a community they’ve been in for their whole lives, but they’re doing it out of the protection of their own soul and following what they believe is right. Perhaps some end up feeling selfish. They may feel as though they’ve committed a sin and are stuck in a limbo of ideals; trying to choose between what they believe in and what’s been ingrained in their hearts and minds. They may stop practicing all together out of confusion, guilt, feeling like a fraud or hatred for the way they were blacklisted in their community.   It’s the same God at the end of the day. Some sects really emphasize that their way of practice is correct and any other forms are incorrect and you won’t achieve salvation. I find this counteractive to the Christian message that should be put forth; to love thy neighbor.”

Upon being contacted about this, Professor Kimberly Henderson, lecturer for the Boise State Department of Psychological Science, admitted that lacking in knowledge about the topic and not being a licensed clinical psychologist made her feel unequipped to comment on Religious Trauma Syndrome. However, it is of note that Henderson, given her role as a lecturer and a Developmental Psychologist, often covers psychological topics concerning transitions that individuals go through in life and how these might affect one’s mental and emotional wellbeing. Perhaps if Religious Trauma Syndrome secures a slot in newer editions of the DSM, the issue of psychological distress inflicted from indoctrination in or leaving a faith-based community may become more pertinent to the field.

Meanwhile, Dr. Matthew Genuchi expressed similar sentiments in regards to Religious Trauma Syndrome, having not been exposed specifically to the disorder or to the mental processes that creates such trauma but was still helpful in clarifying these things from the perspective of a clinical psychologist.

“I do understand PTSD more in-depth as a DSM-5 diagnosis, and am aware of the process of trauma, specifically as it relates to exposure to life-threatening situations. (For instance,) not all individuals exposed to life-threatening trauma develop a traumatic stress disorder but some do.” said Dr. Genuchi, “However, RTS appears to be a somewhat different process.”

On that note, Dr. Genuchi seems to have caught onto a very specific difference between other forms of trauma and what is exhibited by Religious Trauma Syndrome.

Dr. Winell, however, provides an explanation as to how a non-physical threat such as religion could lead one to develop symptoms akin to PTSD or Complex PTSD (C-PTSD) as she understands some of the toxicity as it pertains to organized faith practices and the beliefs held by religious individuals.

“With PTSD, a traumatic event is one in which a person experiences or witnesses actual or threatened death or serious injury, or a threat to the physical integrity of self or others. Losing one’s faith, or leaving one’s religion, is an analogous event because it essentially means the death of one’s previous life – the end of reality as it was understood. It is a huge shock to the system, and one that needs to be recognized as trauma.”

Richard Schiffman for the New York Times wrote in early 2018 specifically about Religious Trauma Syndrome and the work of Dr. Winell while providing more social context as to why this occurs in individuals, what symptoms are experienced by suffering individuals as well as how they can become debilitating.

“You won’t find this condition in the Diagnostic and Statistical Manual of Mental Disorders, which clinicians use to make their diagnoses. But the term has been gaining currency with psychotherapists, counselors and others who work with people who are recovering from the harmful effects of religious indoctrination,” wrote Schiffman.

Being continuously condemned for normal life circumstances and impulses, from either a pastor or from a congregation, for being sinful, wrong or worse “making God cry,” as Brenda Marie Davies from the God is Grey podcast recounts, from early childhood into one’s late adult life can cause serious psychological damage.

“Scientific research into the consequences of such religious condemnation remains at an early stage. But the potential for harm is clear. Many suffer for decades from post-traumatic stress disorder-type symptoms, including anxiety, self-doubt and feelings of social inadequacy,” continued Schiffman.

Noah Rudin, a graduate from the Boise State Honors College, is currently pursuing an MBA with a discipline in IT and Supply Chain Management through the university and has his own opinions on Bible-based religious communities and the effect they have on individuals. Rudin is a member of the Catholic church and feels that Catholicism, unlike other sects, holds a great deal more legitimacy.

“The Catholic church seems to be a more legitimate environment due to the fact that it is the only church directly started by Jesus himself and not someone displeased with Catholic officials. I appreciate the fact that the Catholic church requires good works in addition to faith to get into heaven, compared to some sects that only require believing in Jesus to be saved,” stated Rudin.

In the wake of hyper-effective social media platforms facilitating the spread of important messages and social commentary, many have taken to these platforms to openly discuss their concerns with toxic faith environments. Through podcast entertainment authors such as Jamie Lee Finch, Linda Kay Kline, and scholar Pete Enns have begun to break down the toxic messaging from the evangelical church and sharing it with people who have not yet been given vocabulary to describe their own painful experiences in religious environments.

While simply fostering a sincere conversation about such topics, Spallino began to express severe discomfort.

“A lot of the doctrine has caused a response in our bodies that is similar to Post-Traumatic Stress Disorder,” said Spallino. “At the end of the day, this Post-Traumatic Stress Disorder symptom is in my body right now (while) talking about these topics. I feel my heart beating, I feel my muscles clenching, I am thinking ‘Oh my gosh, I hope I am not sharing something that is sacrilegious even though this aligns with me’.”

Reactions such as this give all the more reason to break down the social barriers to discussing the harm that faith can cause individuals as well as discuss which environments are better for one’s psychological wellbeing, and which ones are counteractive to achieving this.